You Are Here: Microplastic in fluvial sediments

The input of plastics into the environment comes from different sources and via different transport routes. These include fluvial systems in which plastics are discharged into the environment through the dumping of waste, so-called littering, surface runoff and discharges of wastewater and combined wastewater. The majority of these are plastic particles with a diameter of < 5mm, which are referred to as microplastics. Larger plastic pieces, which to a large extent represent the littering fraction, can become microplastic during transport and the resulting mechanical fragmentation and chemical degradation.

The transport behavior of microplastic in fluvial systems differs due to different densities of plastic. In addition to transport, microplastic also sediments on the river bed where it can be remobilized by flood events. If a river overflows its banks during such an event, microplastic can also deposit in the floodplain area.

By detecting microplastic in a sediment layer, a temporal reference can be established. Since the mass production of plastic around 1950, a release of plastic into the environment is possible. As an example, the following figure shows plastic waste in floodplains and macro plastics in deeper sediment layers which, in addition to micro plastics, serve as orientation for dating. 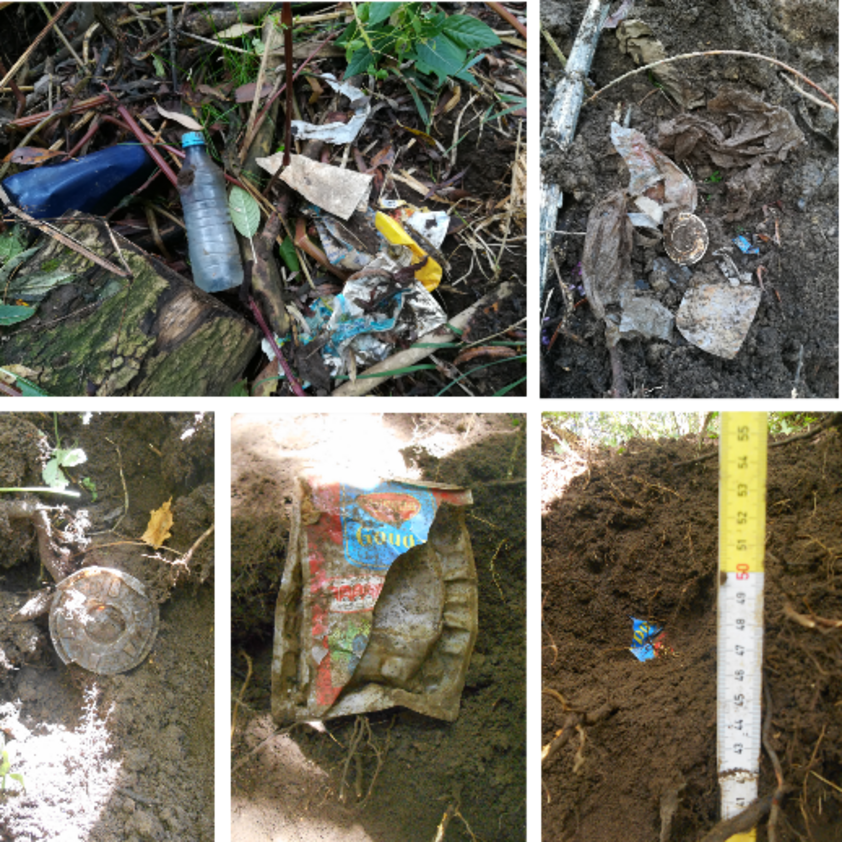 In addition, the different types of plastics were developed sequentially in time, which is why polymer identification of the detected microplastic allows even more detailed dating of the sediment layer.

The dating can additionally be supported by heavy metal concentrations, which can be used as a dating indicator. Due to the lack of dating methods for recent sediments, this methodology is a new and innovative approach that also provides information on the loading, transport behaviour and lowering of microplastics in fluvial systems.