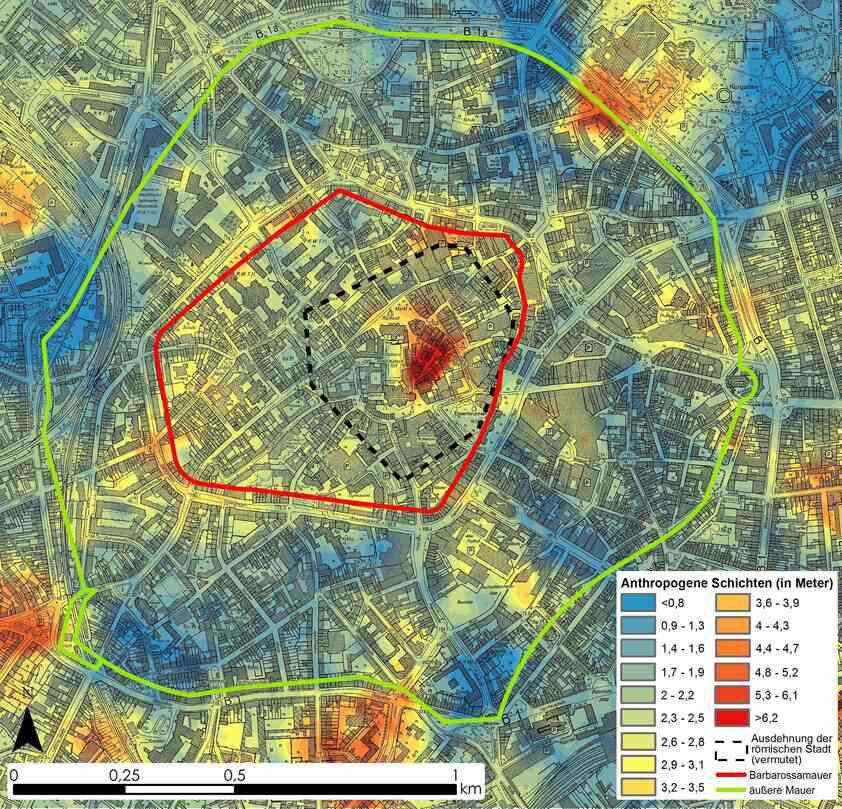 Copyright: © B. Pröschel Anthropogenic deposits within the city of Aachen.