You Are Here: Geomorphological studies regarding the late Quaternary landscape development at the Hala Hu (Qilian Shan, China) 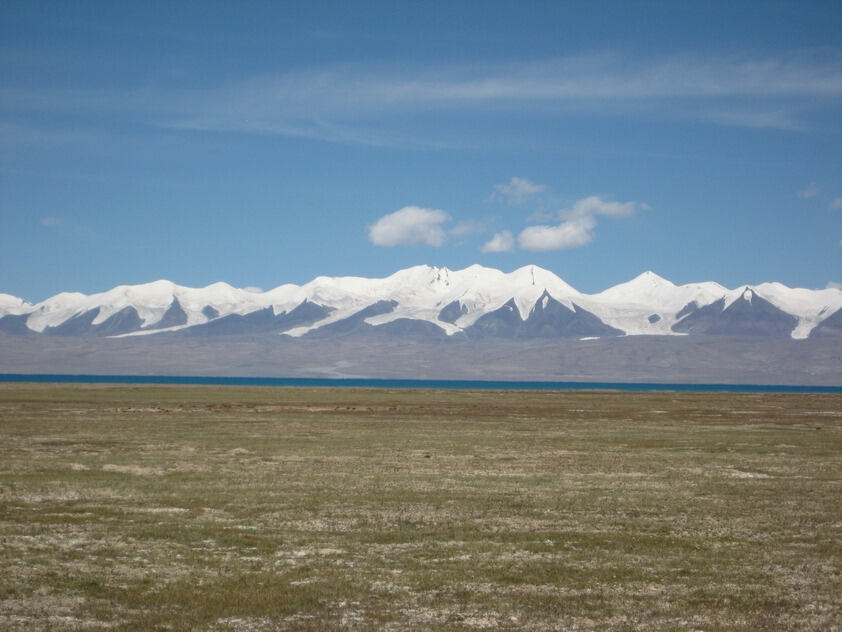 The Hala Hu is a lake without an outflow in the central Qilian Shan and has a size of 590 km². The lake is located at an elevation of 4078 m, while the surrounding mountains, the Shule Nanshan in the North and the Cai Shi Tangshan in the South are above 5800 m. The climate in the area in semi-arid with a mean annual precipitation of around 260 mm/a.

Geomorphological studies were conducted at the Hala Hu in August and September 2010. We mapped present day ice marginal positions as well as terminal moraines of late Quaternary ages around the lake. To obtain a reference frame for the formation of these landforms aeolian cover sediments were dated with optical stimulated luminescence. The outermost terminal moraines close to the lake are at least older than 100 ka. The moraines close to the present day glacier margins are of late Holocene age. However, no terminal moraines were assigned to the last glacial maximum at around 21 ka. The lake experience several large fluctuations in size. During the last glacial maximum lowest lake levels were reached. This points to were dry climate conditions, which prevented the formation of large mountain glaciers in the area. Under the present day climate conditions, aeolian processes prevail. Especially dunes east of the lake have a high overturning rate.

At the shore of the Hala Hu, Shule Nanshan in the background

Sunset in the Qilian Shan

Coloured rocks in the Shule Nanshan

Survey of the beach walls

Early snowfall in the Qilian Shan